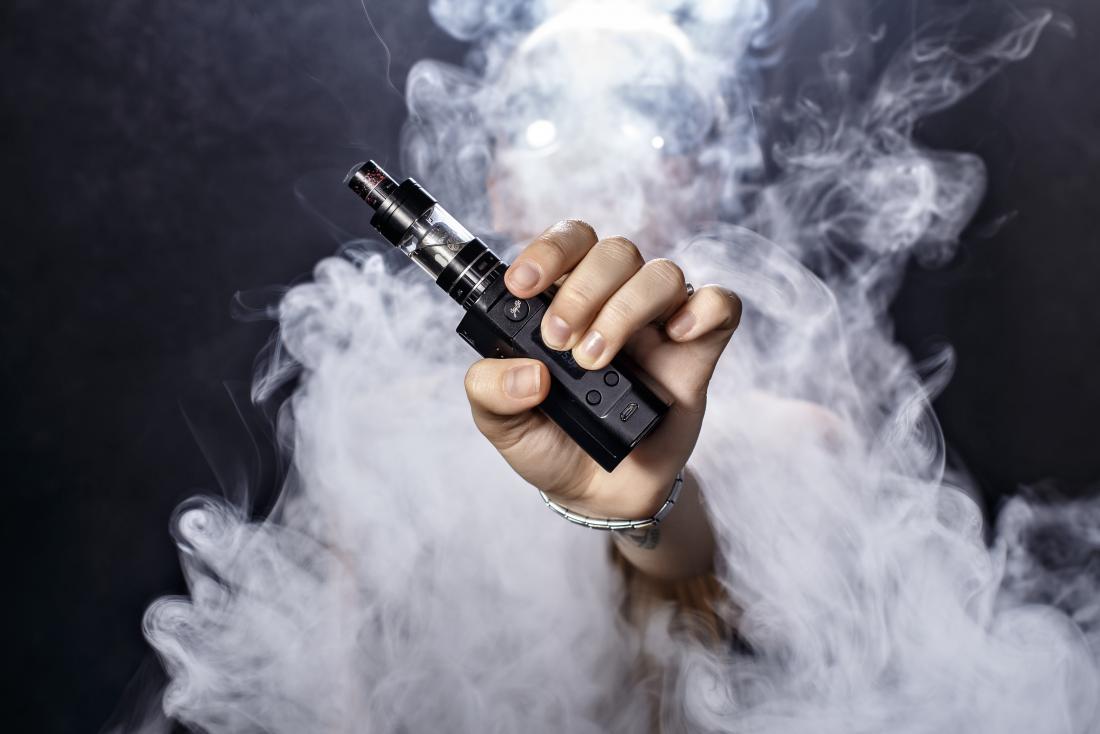 In the United States, a mysterious infection seems to hit for a few months, followers of electronic cigarettes. While the authorities are now warning, researchers are trying to identify the causes of the disease. And they might have found a hidden track in the lungs of the sick.

The Electronic cigarette has long been presented as a healthy alternative to conventional cigarette. Then, some workers began to sow doubt. Until, in recent weeks, many people who are vaping enthusiasts and a priori in good health declare serious pulmonary disorders. In the United States, a first victim was deplored last August 23.

As of September 6, the authorities counted at least 450 patients and unfortunately, 5 deaths related to the problem.

After analysis of vaping fluids by the patients, it seems that a common denominator emerges today the products

products contain THC, a cannabis active substance, and samples of a vitamin E oil vaporized at high temperature and inhaled, it may well be the cause of damage to the lungs of patients. But more precise analyzes have yet to confirm this hypothesis.

Acute respiratory distress syndrome. This is indeed what patients with “vaping disease” suffer. Liquid builds up in their lungs and oxygen can no longer flow. Lung scanners, which look like severe viral or bacterial pneumonia, but the tests inevitably come back negative.

Macrophages in the lungs

So the researchers are trying to understand. And doctors from the University of Utah (United States) could have gotten hold of an interesting track. In the lungs of 100% of the patients they were able to observe – only about ten at the moment – they discovered large immune cells, macrophages, loaded with oily droplets. What hope to make an early diagnosis and provide more appropriate treatment and why not, clues on the causes of this mysterious disease. The presence of such macrophages in patients’ lungs directs physicians to a diagnosis of lipoid pneumonia, an infection often caused by a virus or bacteria. But differences, especially in the radios of the lungs, appear with the “vaping disease” and only additional tests can determine if this is a new form of lipoid pneumonia.

Google Assistant will tell you your next NYC train can arrive

11 thoughts on “Electronic cigarette : the strange disease that strikes the United States”