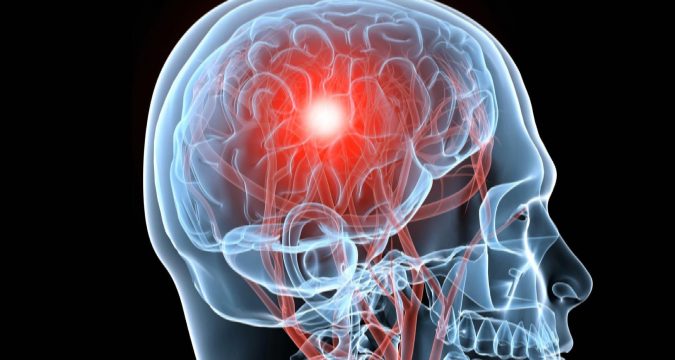 Your brain is arguably the most important organ in your body. Sure, there are several others that you can’t live without, but the brain controls them all. And not only does it keep your heart beating and your lungs breathing all the time, but it is also the repository of everything that makes you, you. All your thoughts, feelings, and memories originate or reside in the brain.

Obviously, it is important to keep this most vital organ happy and healthy. Proper nutrition can mean the difference between a clear head with a sense of purpose and a foggy head with a sense of desperation. As a lifelong habit, healthy eating also slows the rate of aging-related cognitive decline and reduces the risk of developing dementia.

On the flip side, there are foods that are just the worst for your brain. Indulge too often and you will likely experience confusion, low mood, and slowed reaction times. In a vicious cycle, a depressed brain has poor ability to make the right decisions in order to improve.

If you know you have some bad habits, it is time to start scaling back. Your brain won’t like a massive dietary overhaul all at once, and even though you know it’s the right choice, you’ll struggle to maintain it. Instead, remove the following 7 items from your diet one by one, making a gradual shift that will protect the health of your brain for the long haul. The easiest one to quit is probably #7.

The good news is that not all fats are bad for you. However, a particular kind of fat called trans fat does have a detrimental effect on the brain. Trans fats are found naturally in animal products including meat and dairy, but even these are not as problematic as the industrially produced trans fats that get pumped into all sorts of packaged foods.

Otherwise known as hydrogenated oil, people who eat a lot of trans fat in the form of margarine, store-bought baked goods, chips and crackers, frozen and canned meals, and creamy beverages are at a greater risk for Alzheimer’s and dementia. Studies have shown that high consumption of trans fats also leads to earlier cognitive decline, lower brain volume, and poorer memory.

Sugary drinks like soda, sports drinks, energy drinks, and even fruit juice have little to no nutritional value. Regular consumption of sugary drinks can lead to a whole host of physical impairments, including type 2 diabetes, high blood pressure, high cholesterol, and yes – Alzheimer’s disease or dementia.

A high intake of fructose, a mega-concentrated sweetener that’s found in many sugary drinks, has been shown to reduce learning ability, memory, overall brain function, and the formation of new neurons in the brain. It may also lead to increased inflammation in the brain, which negatively affects all types of brain function.

Refined carbohydrates are products made with processed grains. They may not necessarily taste sweet, but they break down into sugar in your body very quickly. That’s because the refining process strips all of the fiber and nutrition out of the original grain. A meal rich in refined carbs represents a high glycemic load that spikes your blood sugar.

That causes all the same issues as if you had eaten straight sugar, including memory impairment, inflammation, and a higher risk of developing dementia. Studies have shown that children who consume diets high in refined carbohydrates score lower on nonverbal intelligence tests. And elderly people who take in more than 58% of their daily calories in refined carbs have twice the risk of mental impairment and dementia than those who eat more whole grains, fruits, and vegetables.

Processed and packaged foods remove important nutrition from whole food and replace it with sugar, fat, and salt. This is our so-called Western diet, one which relies on convenience and fast foods over slow-cooked homemade meals. And we get it – people are busy and sometimes it just isn’t possible to make your own sauces, dressings, pastas, and baked goods.

However, it is important to cook with whole nutritious foods as often as you can swing it, because the Western diet is notorious for causing an accumulation of fat around the vital organs. This, in turn, is associated with damage to the brain tissue and a reduction in the brain’s volume. It may also cause disruptions to the blood-brain barrier, the membrane that is responsible for protecting the brain from harmful substances.

It’s probably no surprise that alcohol can harm the brain, considering how much stupid stuff people tend to do under the influence. Getting tipsy every once in awhile probably won’t cause permanent damage, but alcoholism and bouts of binge drinking absolutely can.

Chronic consumption of alcohol tends to shrink the brain and disrupt the neurotransmitters that your brain uses to communicate. Alcoholics also often experience a vitamin B1 deficiency, which can lead to the development of Korsakoff’s syndrome. That syndrome is responsible for severe brain damage that causes memory loss, confusion, unsteadiness, and intermittent loss of eyesight.

Fish in general is a healthy addition to your diet. It is low in saturated fat yet contains healthy omega-3 fatty acids as well as vitamin B12, zinc, iron, and magnesium. However, some fish is especially high in mercury, which is a heavy metal contaminant and neurological poison. Mercury stays stored in animal tissue (including human) for a long time.

Fish that are longer lived and predatory tend to have the highest concentration of mercury in their flesh. That’s because as long as they live, they are consuming other fish that contain lower levels of mercury. Over a lifetime, these fish can accumulate mercury levels of 1 million times the concentration in the water they swim in. It is best to avoid or seriously limit your consumption of tuna, swordfish, orange roughy, king mackerel, shark, and tilefish to prevent disruption of your brain’s neurotransmitters.

Unfortunately, it is not possible to avoid the harms of too much sugar by replacing it with an artificial sweetener – especially not aspartame. While producers of this sugar substitute swear that it is safe, several studies have linked aspartame to behavioral and cognitive problems. As a chemical stressor, it can cause deleterious effects on the ability to learn and regulate emotions.

In one study, just 8 days of a high-aspartame diet cause participants to score lower on mental tests and feel more irritable and depressed to boot. Another study revealed that people who drink a lot of diet soft drinks, which replace the sugar with artificial sweetener, have an increased risk of dementia or stroke. For now, the FDA says aspartame is safe, but also mandates warning labels on products that contain it.

There is no question that your diet plays a huge role in brain health over the course of your lifetime. Avoiding or seriously reducing your consumption of the 7 foods on our list can improve your cognitive abilities every day as well as into the future when your risk for Alzheimer’s and dementia increases.

In general, the more healthy whole foods you can eat, the better protected your brain will be. And a clear, happy brain will remind you of how much good you’re doing for your body, too. In the end, it’s worth it to be able to look back on your life and still have all of your good memories.

and Electronic cigarette : the strange disease that strikes the United States